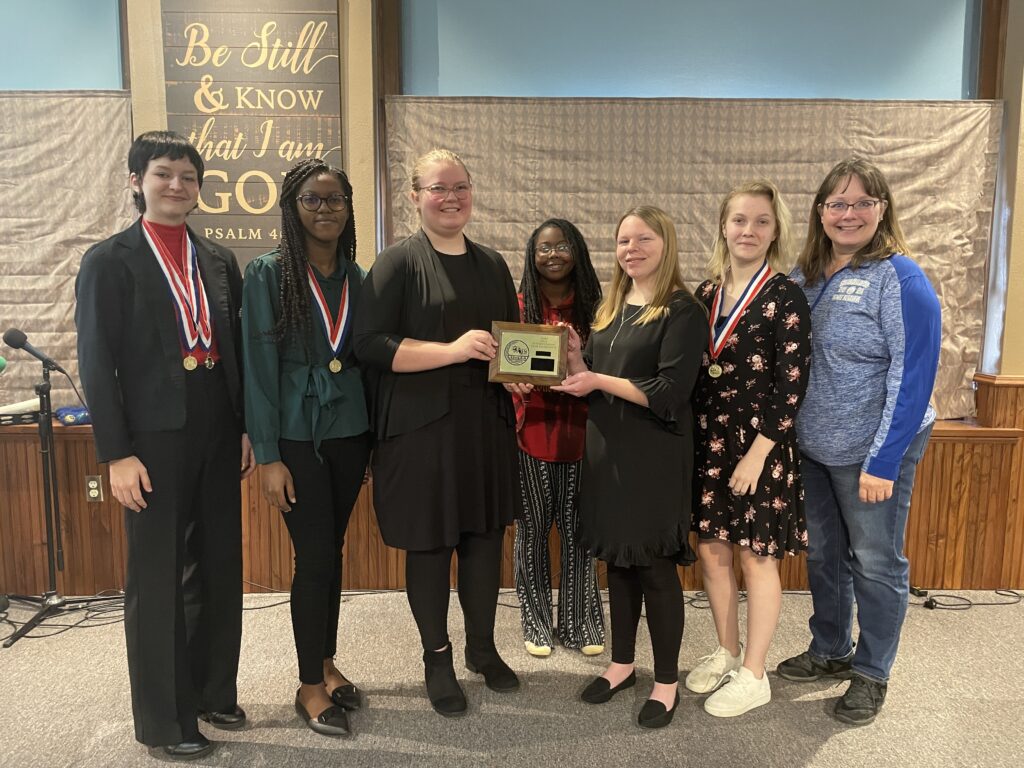 The emphasis of the program is to develop confident presentation skills while enjoying positive team encouragement and interaction. All team members in grades 7-12 compete at the varsity level in a minimum of two competitions, with the top scoring competitors representing Freeman Academy at the district level. Competitors not advancing to district, region, or state levels have an additional opportunity to compete at the Mount Marty Runner’s Up Tournament. Additionally, upperclassmen help coach during the spring middle school Oral Interpretation season, both sharing what they have learned and gaining valuable experience they can apply in every aspect of their lives.